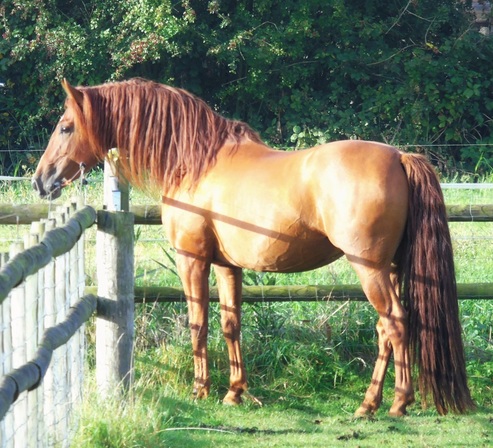 At Mistrals Stud we produce athletic, correct horses with the ability to perform in any sphere.
We have carefully chosen our bloodlines over many years to include the sweetest of mares, with willing attitudes. Our purebred PRE mares have been chosen for their fantastic bloodlines and temperaments. One of them being the granddaughter of Evento, an Olympic winner.
Our stallions are kept next to mares, enjoy their life out in fields and being ridden. Our PRE stallion Rocky L Claudius is closely related to Invasor II, an Olympic Silver Medal winner.
And finally, we produce beautiful colours, we believe our horses really do have it all!

The colours we aim to produce for part breds are: Silver dapple, Palomino, Buckskin and of course the normal colours are always welcome.
Our PRE mares have the genealogy to be able to produce, Pearl, Palomino, Buckskin, Cremello, depending on which stallions are used.
​ 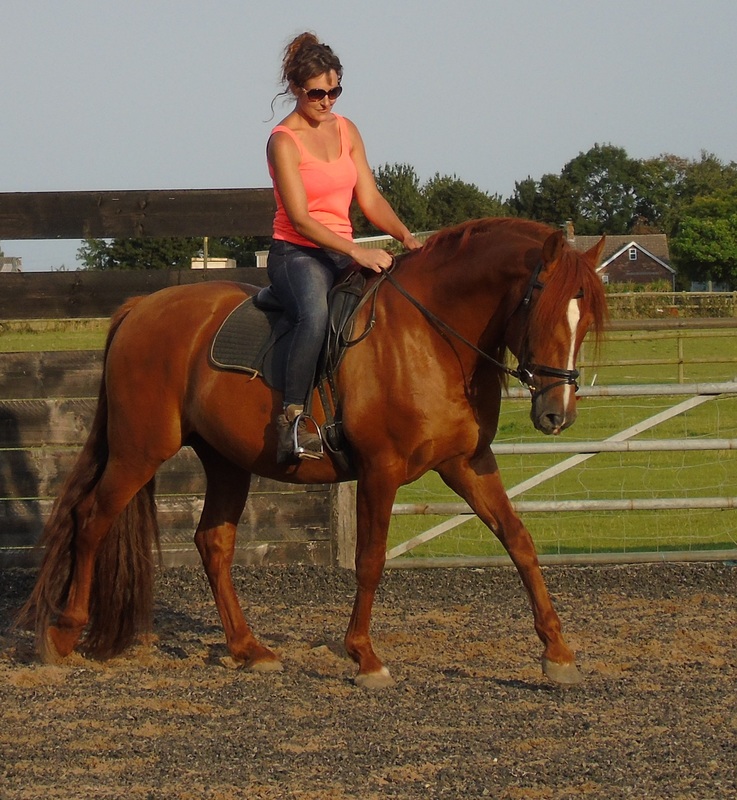 Our Rocky Mountain stallion HFS Harry's Cocoa. 2014. Our aim with this lovely chap is to cross him with some of our Spanish mares to produce part bred PRE's in the lovely Silver Dapple colour. 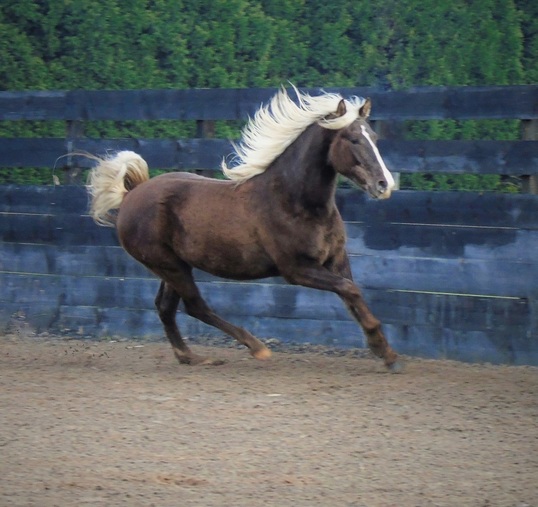 Our mares
Urea W
Chestnut PRE mare, 15.1hh. Granddaughter of Evento, Olympic Dressage horse. Her other grandsire is Cortijero, Champion Stallion owned by Star Andalusians. She has a pearl gene, so should be able to produce some interesting colours as well as movement and temperament.

Kalena Santa
Buckskin PRE mare, 15.2hh, with one red gene. Kalena will hopefully produce a palomino for us one day, although any foal she produces should be amazing with her exceptional ,movement and fabulous looks.

HFS Redemption Rose
Silver Dapple Rocky Mountain, 15.2hh. Imported from America, with the best breeding of this type.
In foal to Rocky L Claudius for 2016.

Moonbeam
Cremello Lusitano x Arab/ Welsh. 15hh. Sire is Icon who is Lusitano x Arab. The grandsire is Idolo, used by Tanya Larrigan for displays.
​In foal to Rocky L Claudius for 2016

Orchid Caramella
Palomino partbred PRE by Naryss Nogal out of Brisa. This mare is mainly ridden but we will hopefully produce some foals in the future. 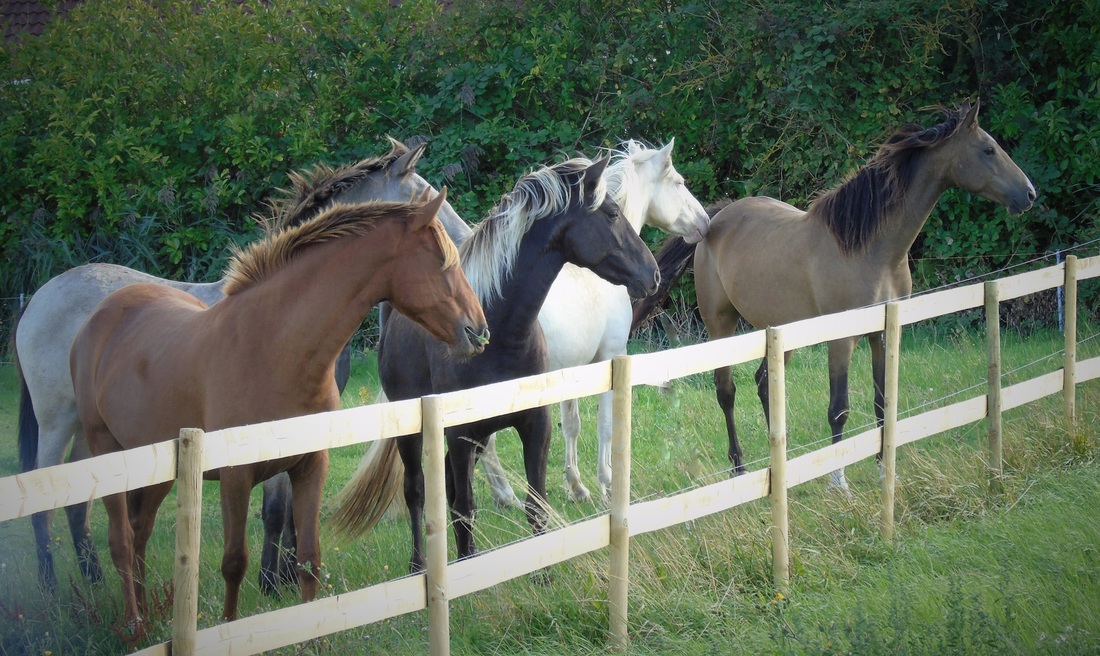